Marcelle lives in suburban Melbourne with her husband Darren and three children. Darren is a logistics manager in a warehouse and is 46. A typical Australian family, they face the same financial pressures as millions of others, and so were hit hard when Darren was diagnosed with prostate cancer.

Thanks to two decades of guidance from their financial adviser, they had TAL Critical Illness insurance which helped alleviate the burden. Marcelle was able to focus on supporting Darren and continue to look after their children. 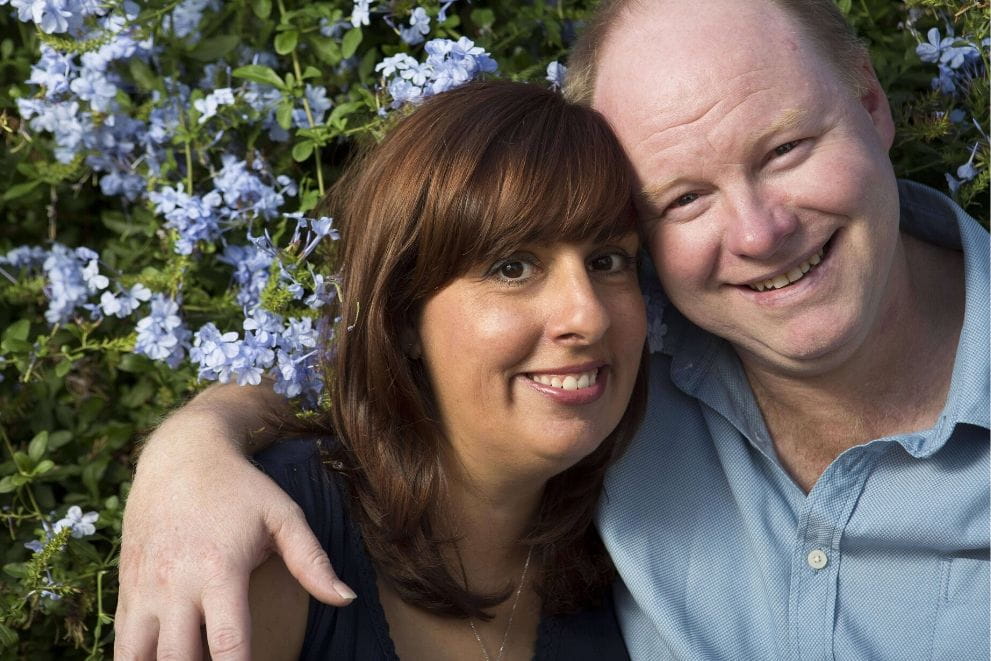 Marcelle and Darren have had critical illness insurance throughout their 19-year marriage. Through thick and thin, they diligently continued to pay their premiums, even when financial stress created the temptation to cancel their policy. Marcelle has dedicated her life to raising a family, working on a casual basis as an usher, so often the family relied solely on Darren’s income.

“We’ve got three kids, and we always wanted to make sure they were protected. We have a close relationship with our adviser, and she was in regular contact to make sure our policy was right for us and our financial needs and constraints.”

In October 2012, Darren had a routine blood test which revealed elevated Prostate Specific Antigen (a protein enzyme) levels, indicating that he was at high risk of developing prostate cancer. His specialist continued to monitor the levels, and about a year later performed a biopsy.

Much to Darren’s distress, the biopsy revealed cancerous cells in the prostate. The specialist continued to monitor the situation and performed a further biopsy at the beginning of 2014.

Darren decided to have the prostate removed. Marcelle says that Darren not only needed the surgery for his physical health, but also to stop the worry the cancer was causing.

“It was really doing his head in – he just needed to get it over with.”

A beacon in the dark

Darren started the process with the public system and was put on the waiting list for his surgery. After consulting their adviser, they discovered that Darren was eligible for a claim on his TAL Critical Illness insurance.

Marcelle is grateful the claim came when it did, as it allowed Darren to fund treatment through the private health system, and to choose his specialist.

“We were so relieved that Darren could be treated through the private system and that he was able to select his own doctor – a doctor he was comfortable with and trusted.”

Support in the most difficult of times

Following the surgery Darren was discharged and told to rest at home for six weeks. Unfortunately he was forced to return to hospital just a few days later with serious blood clots in his legs and lungs, impeding his recovery.

Darren hadn’t been with his employer long, so was forced to take unpaid leave during his recovery. Marcelle had to stay at home to look after Darren and their three kids, so working was out of the question for her.

“We were living week to week – treading water. We would have been in real trouble financially if it hadn’t been for the TAL payout.”

The payout not only covered their finances while Darren recovered, it has allowed them to obtain financial security into the future.

“It’s been such a life saver – not just for Darren’s health; our mortgage is paid off and we are debt free. We can continue on now without financial stress. That’s been such a humungous relief for me after everything we’ve been through.”

Our adviser took over the claims process, handling all interaction with TAL, as well as all the paperwork. We submitted the claim in April and it was approved and paid in time for the surgery in May.

Darren is not alone. His story is one of the many stories that TAL see every day.

Marcelle has been a tower of strength throughout a trying time for her family. At the end of a year of heartache she is understandably exhausted. Darren’s health is improving gradually and his blood tests are clear. He still has pain and swelling in his legs as a result of the blood clots, but he is back at work and battling on.

“I like to think I’m a super strong person, but I don’t know if I would be able to do it much longer. It’s been a terrible year for us, and I can’t tell you how thankful we are for keeping our insurance cover in place.”

Because of their payout from TAL, Marcelle and Darren can move on without financial worry, and they were able to treat their three children to new bedroom furniture. They also have plans to take a holiday.

I tell everyone I know to get insurance now. In fact, I'm having morning tea with my neighbours today and I'm going to be telling them all to check their policies!